The Ward-Farris Funeral Home of Science Hill, Kentucky was founded by Mr. E.C. Ward, and Mrs. Ransom (Ellor) Vaught. They were casket manufacturers in the early 1940’s. They made wooden caskets which was covered with an exterior cloth and a loose lining.

Business improved to the point that Mr. Ward was being requested to deliver the caskets that he made and conduct the complete funeral. To meet this need, he employed Mr. Norman E. Farris as an embalmer and funeral director. Mr. Farris previously worked for a funeral home in Waynesburg, KY.

In November of 1957, Mr. Ward sold his interest in the Ward-Farris Funeral Home and retired from the business. Mr. Farris brought in two new partners into the business, J.B. Morris and Denver Hislope, each owning one third of the business.

The newly built funeral home, known as Farris-Morris-Hislope was opened for business in November of 1958. The new building was located on Hwy U.S. 27 just north of the Hwy 635 intersection and was opened the day the highway officially opened to traffic.

An open house was held for the citizens of Pulaski County and adjoining counties. Prior to the opening, the majority of funerals consisted of visitations at their homes and funerals conducted at the church. This situation quickly reversed itself with the new business. The funeral home is still in the same location as of today. Three renovations have been done on the property and a new four lane highway is under construction.

During the first few years that they were in business, Mr. Farris was the Manager and each partner was a licensed Kentucky Funeral Director and Embalmer. In addition to the funeral home, they operated an ambulance service prior to the emergency service of 911. Norman Farris was the county coroner and a State Senator. In 1972, Mr. Farris sold his interest in the firm to his two partners and moved to Florida where he remained in the funeral profession. Upon retirement, he moved back to Lexington, KY where he died at the age of 82 on Sept. 4, 2003. Interment was in the Lexington Cemetery following his services at Morris & Hislope Funeral Home.

In 1972, the name of the funeral home change to Morris & Hislope Funeral Home. In addition to operating the funeral home, the partners sold monuments and burial insurance to fund funeral expenses. They also owned House Funeral Home in London, KY and the Somerset Chapel on Oak Hill Rd., Somerset. They sold these businesses in 1978 to devote their full attention to operating the original firm in Science Hill.

In 1992, Morris & Hislope took on other owners, along with James R. Dick and Quintin McGinnis, who now manage the funeral home.

In 1995, The Kentucky Funeral Directors Association Convention presented the Fifty Year Golden Service Award to the funeral home. Our deepest appreciation goes to all those who have made this possible.

On June 18, 2012, Denver Hislope died, the last of the three founders of this funeral home.

We will continue to provide a superior service to the community and surrounding counties. 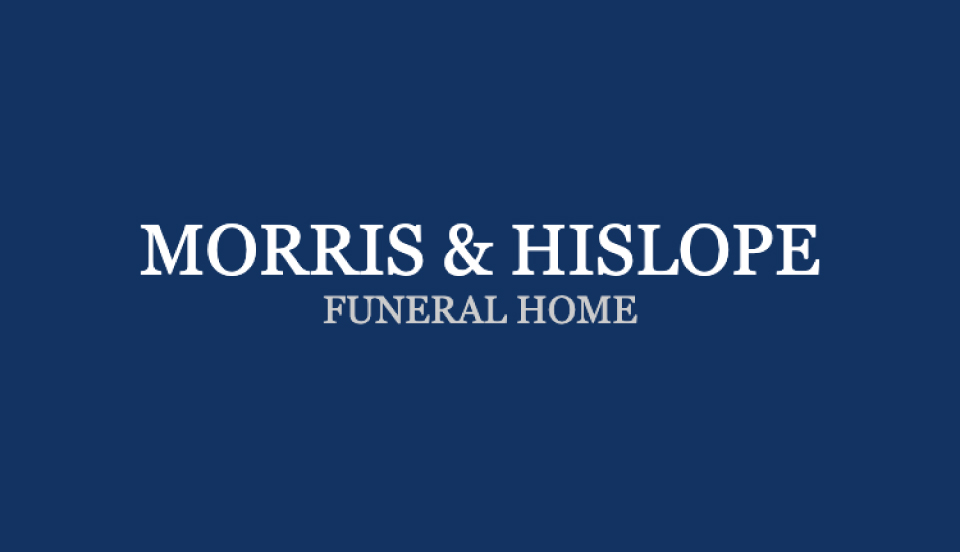